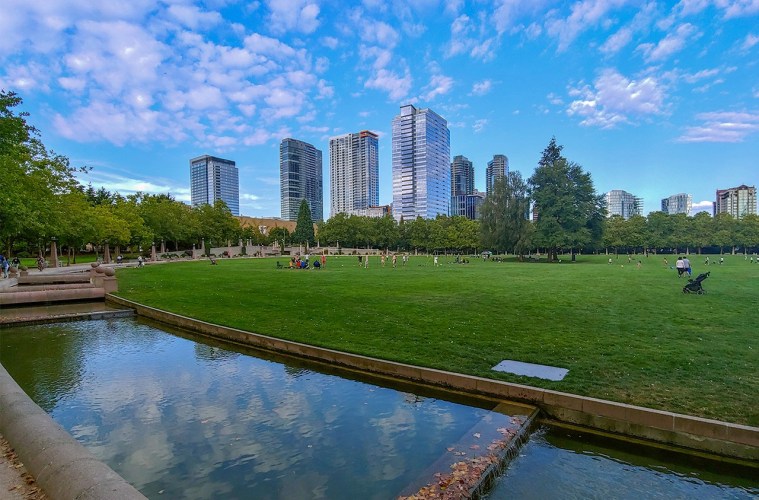 Once again, Seattle is attempting to leverage a tax on big businesses in the city, potentially ruffling the feathers of some of the city’s corporate behemoths. On Monday, July 6, the city council passed its latest big business tax proposal titled “JumpStart Seattle.” This might just be the last straw for Amazon, according to Windermere’s Chief Economist, Matthew Gardner.

The tax is similar to the proposed head tax that was passed and quickly repealed by Seattle in 2018 due to the same fears of driving business out of the city. Initially, the proceeds from the new tax will be used to address needs related to coronavirus, but eventually the funds will be directed toward addressing homelessness and housing issues in Seattle.

The problem with the new tax, according to Gardner, is that it wasn’t applied regionally.

“As much as these [taxes] might make sense, they need to be applied on a regional, not citywide basis,” Gardner told KIRO Radio host Dave Ross.

By not coordinating the tax with nearby cities like Redmond and Bellevue, Seattle has only further incentivized Amazon to grow investments in new hubs outside of the city. Notably, after the near-miss with the head tax of 2018, Amazon moved many of its employees and operations to nearby Bellevue in 2019.

Gardner doesn’t approve of Seattle’s attempt to autonomously grapple with this issue. “All it does is it functions to push people out,” he said.

According to CNBC, in June 2020 Amazon announced it would lease 111,000 square feet of workspace for employees in Redmond. Bellevue, meanwhile, is to be the site of a newly built 43-story tower for Amazon operations.

While Amazon hasn’t made any official announcements regarding its plans for future operations in the region since the new tax was passed, Gardner expects we’ll be hearing from them soon. “I think there’s no doubt that we’re going to hear several announcements over the next couple of weeks of some massive expansion by Amazon into Bellevue.”

Though the tax will likely go into effect in 2021, it will not begin collecting money until 2022. Until then, it’s anyone’s guess whether Seattle can entice Amazon to stay put, or if the allure of lower taxes on the Eastside will see Amazon relocating for good.

Related Articles
Local Market Updates Local Market Update – April 2021 Despite a bump in new listings the supply of homes still can’t keep up with the demand. The result? Multiple offers, escalation clauses, and record-breaking prices. If you’re considering selling your home, you’d be hard pressed to find a more lucrative market than what we have today. March marked the first post-COVID/pre-COVID comparison, and the […]
Local Market Updates Local Market Update – February 2021 This winter’s real estate market is looking more like a typical spring market. Sales were up, competition was fierce and prices continued to rise. Lack of inventory still presents a huge issue. At the end of January there were only 1,055 single-family homes on the market in all of King County, 33% fewer than a […]
The Gardner Report Q4 2020 Western Washington Real Estate Market Update The following analysis of the Western Washington real estate market is provided by Windermere Real Estate Chief Economist Matthew Gardner. We hope that this information may assist you with making better-informed real estate decisions. For further information about the housing market in your area, please don’t hesitate to contact me or another team member at […]